Red Fedora Comedy is the funny bone of The Mob’s Press. This means we have the marketing, promotional and ticketing power of The Mob combined with the knowledge and experience of our team to make Red Fedora Comedy Canada’s #1 comedy brand. Not for audiences, but for comedians themselves.

Contracts that are not complete, traveling for gigs that are not what they promised, getting paid less because there was only 50 tickets sold, receiving $50 for a gig that cost you $100 to do…. These are the stories we want to change.

Our founder, Johanne Britton, has volunteered her Mob and herself to help develop and build the Canadian Association of Stand-up Comedians(CASC) since its launch in 2017. This has opened her eyes to the large disparities in the comedy industry and how comedians are treated in the artistic world compared to other forms of art.

This is why Red Fedora Comedy was created: To help comedians directly by changing the landscape in which they play.

From not being able to get grants because the government does not recognize your art form; to constantly getting passed over for American talent in your own country for; all the way to getting not enough support from the established entities that made their name and money off the backs of comedians.

It’s time for comedy to be treated for what it is: ART.

To create new platforms and stages for Canadian Comedians to perform and generate revenue. By producing comedy shows, festivals, international tours and digital content, Red Fedora Comedy will build and support Canadian comedy across the country and around the world.

We love to collaborate. See below projects from past, present and future. 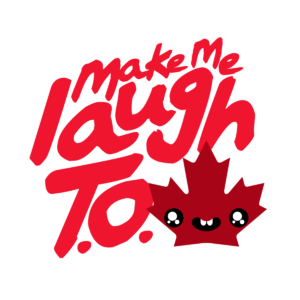 The Mob’s Press is a marketing and promotions company that is catered towards artists. The Mob provides artist with the tools they need in order to grow and maximize their online visibility.